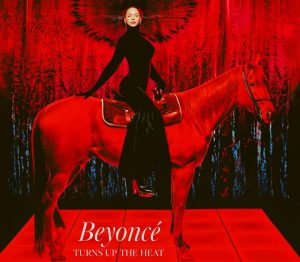 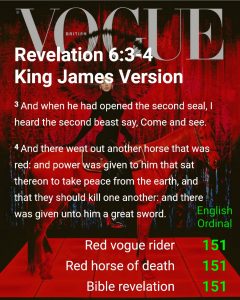 Bert Fckfb dis this pick above here is his Telegram Group: The More You Know 👀👇🧐
https://t.me/TheMore_You_Know

The iconic singer sent shockwaves through her fan base Thursday when she announced her next album, called “Renaissance,” will be released on July 29. 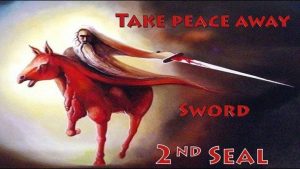 The fire-red color of the horse points to its effect (cf. 12,3). His mission is to take peace from the earth. What is obviously meant is a civil war in which people kill each other. Civil wars are not infrequently accompanied by war. It is enough here to recall the mutual skirmishes among Jewish groups during the Jewish War (66-70 AD). However, there is no specific event in mind here (Beckwith 519). It is important that the passive voice twice emphasizes that the rider acts in dependence on and authority of God.

.Another horse, fiery red, went out. And it was granted to the one who sat on it to take peace from the earth, and that people should kill one another, and there was given to him a great sword” (Revelation 6:3-4). And as always, we ask  Yahweh for guidance and holy wisdom in teaching you this very vital subject matter.