They're talking about how AI will ultimately be used to deceive the masses and how much further they have gone. Celeste said something about the need to get rid of carbon, nitrogen, etc to enable the “aliens” to live on earth thus the “climate change” nonsense!

Project Blue Beam – The Government DARPA is creating a FAKE Heaven above us, a firmament of “holography” for the FAKE signs and wonders the Antichrist will perform during the Tribulation. Pharmakeia= Drugs= Witchcraft= Eternal Damnation.  is destroying man's red blood cells and making a delivery system for psychedelic drugs and frequency control from a 5G/6G wireless network! It is also about creating a One World Religion of the Antichrist Kingdom 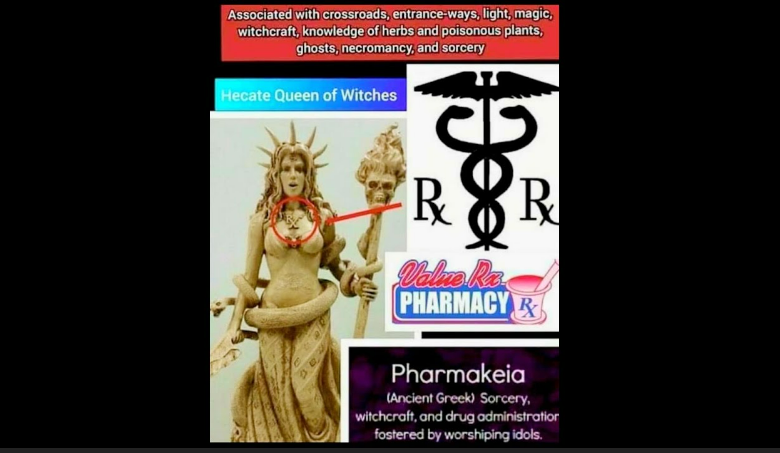 Cestui Que Vie Act 1666 Living in the Land Of the Dead –https://tommytruthful.com/cestui-que-vie-act-1666/

Satan is losing the battle in the flood of lies from the WEF, the SCAM-DEMIC, the JAB-o-CIDE agenda, and the CBDC … These things are being revealed as NWO Tyranny and people are starting to REJECT these LIES … Therefore, Satan has to now make physical war with the people … and CONTROL the people.

In order for the StarNet 5G/6G network to work, you have to have a line of sight, like a transmitter on each house but more deceptive thing is to make each person into a 5G/6G antenna by these JABs … that is what we are seeing with these strange BLOOD CLOTS, it's the accumulation of the Graphene Oxide and Hydrogel and other ingredients.

This is the Antichrist system. It is an Internet of Things and the Things serve the Beast system and their AI master.

The Government is trying to convince us we were planted here by aliens or evolved from goo to you by way of the zoo! God created man and the aliens are really Fallen Angels, Nephilim, and DEMONS who HATE humanity. The UFO creatures are not aliens from another planet but DEMONS who appear as Greys, the Nordics, and the Reptilians. We are programmed with a LIE by movies and Science Fiction, to DECEIVE the world for End Times to receive these DEMONS and the Antichrist leader. It's a NON-Human agenda to DESTROY humanity that worships and can be redeemed from SIN by God and make them mindless TRANS-Humans that will receive the Mark of the Beast and be unable to be saved.

Expect a Nuclear EVENT of TERROR in Ukraine to create FEAR so people will accept the WEF Globalist agenda.

The JAB puts Graphene Oxide that self-assembles and changes you into a hybrid and synthetic being that reacts to Frequency! Jesus didn't come to save hybrids or synthetic beings but to HUMANS! 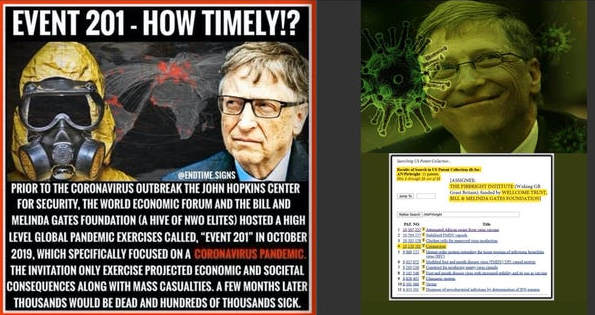 Man's DNA is a double Helix but the Mark of the Beast is a third DNA strand … the Serpent's SEED!

Dr. Stephen Pidgeon says we have 144K Genes in our DNA and if you add the Satan strand of DNA you get 216 = 6*6*6. The Messenger mRNA is Satan's message into the body of man to change and DESTROY man. This JAB is the March to the BEAST … some are placebo and some cause BLOOD CLOTS … but by taking these JABS you are being mentally conditioned to TRUST the Science of Sorcery (Pharmakeia) instead of trusting your God-given immune system to overcome sickness.

They are turning you into the Athena using the Black Goo aka Graphene Oxide Blackgoo=66, Corona=66, They are adding 3 strands of 22 to your 44 base pairs of DNA!!! 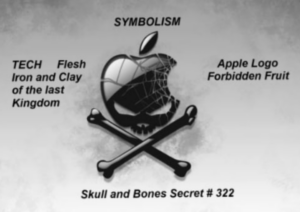 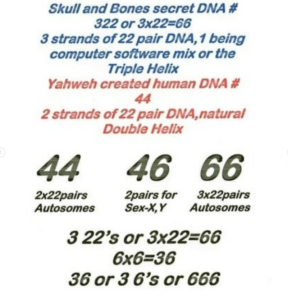 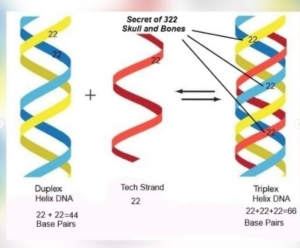 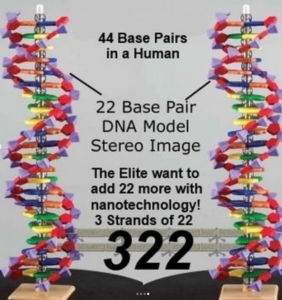 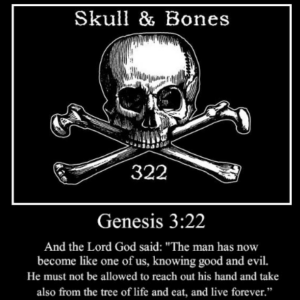 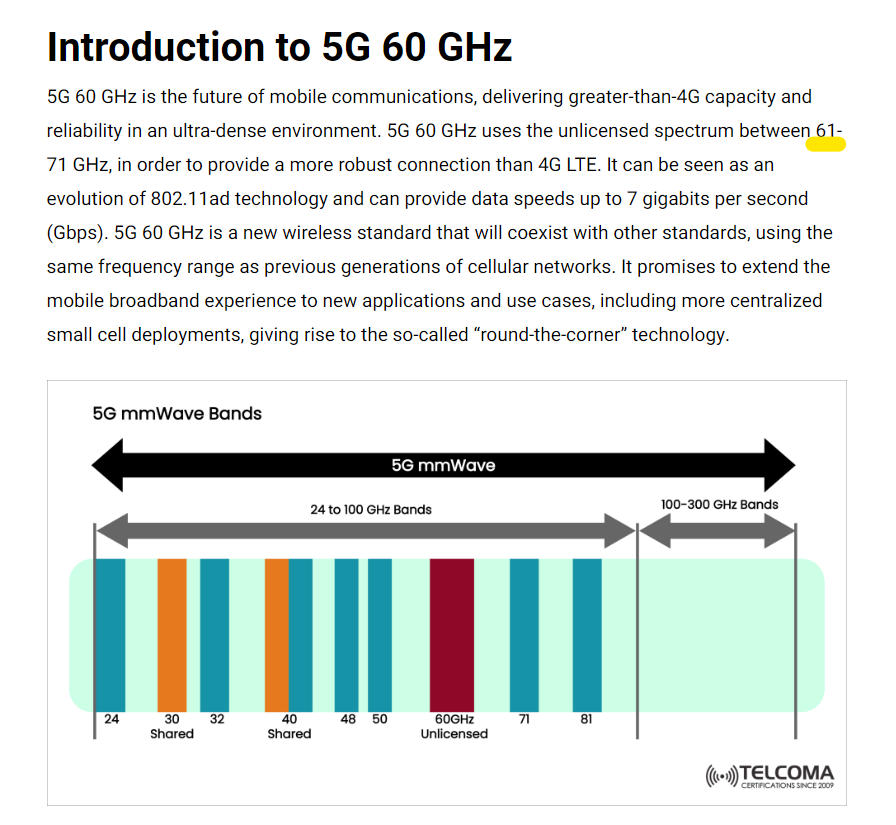 Cause and Effect of Witchcraft; 1st. Lesson-Summary:  the Definitions of Occultic Words Can Be Found In the Occult Dictionary Under Resource Button; Summarized Overview of Witchcraft; Black Magic; Spiritual Death (Excerpts); Warning Against Contact With the Occult (Excerpts); Scriptures Relating to Witchcraft; Witchcraft’s Effect on the Church and the Church’s Destruction; What is The Effect on Those Practicing Witchcraft; Its Practices and Its Effect On the People of Various States; Effect of Drugs; Effect of Witchcraft Power; Effect of Water Spirits, Effect of Occult Movements and Devices; Satanic Ritual Abuse, Witchcraft Attacks in Dreams; Bewitchment; Evil Consumption; Legal Grounds and Holds, Divine Judgment; Satan; Rebellion and Stubbornness; Warnings to Christians; Testimony of a Person.

Sleep is a war front of demonic manipulation and attacks. Attacks in dreams include witchcraft initiation curses, spells, arrows, and fiery darts. Demonic prosecution may involve death or financial adversity.

And I heard another voice from heaven saying, “Come out of her, my people, lest you share in her sins and receive of her plagues. – Revelation 18:4

Obummer is the most WICKED leader in history since he is married to a man, Michael. He is running America in the basement, not Biden. The government has been lying ever since it SHOT JFK … about a “lone shooter” … and anyone who questions the Official Narrative is CENSORED or SILENCED!

Our government destroyed the Twin Towers on 9/11, which was to make us fearful of one another … creating a Homeland Security Agency to label American citizens who don't comply with the NWO as terrorists and put them into CAMPS!

Scott at one time was officially working with CIA psyops in Washington DC but the Lord saved him and TOOK him out of that den of iniquity. He has worked with General Flynn and made him aware of the deception by the government but Flynn and many others are still DANCING with the DEVIL, supporting the false notion that Trump-CINE can RESTORE Constitutional FREEDOM when in fact Trump is Controlled Opposition of the Globalist, he is just a different form of NWO Tyranny!

For God so loved the world, that he gave his only begotten Son, that whosoever believeth in him should not perish, but have everlasting life. – John 3:16

THE NEW WORLD ORDER. ARE USING DIRECTED ENERGY WEAPONS, AND THROUGH THE MISUSE OF, BIOMEDICAL IMPLANTS, AND THE VARIOUS ULTRA-SONIC, INFRASONIC  SOUND., AND LIGHT TECHNOLOGIES. IN USE TODAY, AGAINST AMERICAN AND INTERNATIONAL CITIZENS. IN VIOLATION OF NATIONAL, AND INTERNATIONAL LAWS. THESE VERY SAME ENFORCEMENT AGENCIES, WHO HAVE SWORN TO PROTECT AND SERVE, OUR COUNTRY, AND CITIZENS, ARE BUT SOME, OF THE CORRUPT, GREEDY TRAITORS. ENGAGED IN THE TYRANNY AND TORTURE.

JOIN US IN OUR MISSION TO INVESTIGATE, IDENTIFY, AND EXPOSE, THESE ENTITIES AND INDIVIDUALS. MAKE SURE YOU OPT INTOin OUR DAILY EMAIL SO YOU NEVER MISS A NOTIFICATION AGAIN.

This site contains copyrighted material the use of which has not always been specifically authorized by the copyright owner. We are making such material available in our efforts to advance understanding of issues of spiritual, ecological and humanitarian significance. We believe this constitutes a ‘fair use’ of any such copyrighted material as provided for in section 107 of the US Copyright Law. In accordance with Title 17 U.S.C. Section 107, the material on this site is distributed without profit to those who have expressed a prior interest in receiving the included information for research and educational purposes only. If you wish to use copyrighted material from this site for purposes of your own that go beyond ‘fair use’, you must obtain permission from the copyright owner.