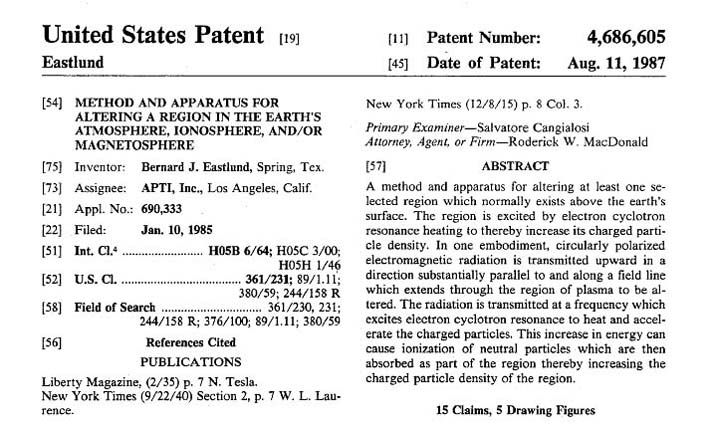 As water dries up in Arizona community, residents use rainwater to flush toilets and plastic plates to avoid dishwashing

Military developing robot-insect cyborgs this was 2009!!

California Rain Flooding Into Ocean Seen by NASA From Space

Heavy rains cause flooding on rivers in northern Hungary

California “rainpocalypse”, is there more to the story? Europe just went through it's warmest winter temperatures in recorded history while locations in Siberia were 80 degrees below zero. What's wrong with this picture? Ocean oxygen levels are dropping fast, fisheries are plummeting and animal populations are collapsing, how much longer can the current trend continue before total collapse? The latest installment of Global Alert News is below.

Record warm to record cold and back again, the climate engineers are completely out of control. Flash freezes are turning to flash warmups, flash flooding, thunderstorms and tornados. Ecosystems and wildlife can't sustain the worsening winter weather whiplash scenarios, forests are dying, insects and earthworms are disappearing and the birds along with them. The Western US megadrought has forced some municipalities to turn treated sewage into drinking water. Now devastating deluge has been scheduled for parts of the West. Fake meat and fake fish flesh are now on the menu as livestock, wildlife and fisheries are all dying off. Will technology magically save us the moment before complete collapse? How's that going so far? The latest installment of Global Alert News is below. 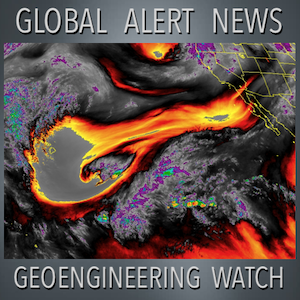 Should a “winter storm” have a “warm side”? This is completely absurd from a historical perspective, but now it seems it is the norm. The Weather Channel has announced the coming of “Winter Storm Diaz” complete with flash floods, blizzards, tornadoes, thundersnow, extreme hail and more. The Weather Channel says that the conditions will depend on which side of “Winter Storm Diaz” you are on, the warm side, or the cold side. Engineered winter weather is not a theory, it is a data verified fact of record. Natural weather is no more as climate intervention operations completely disrupt and derail the planet's life support systems. Who are the primary individuals and entities tasked with covering the tracks of the geoengineers? The latest installment of Global Alert News is below.AARP and weather control has been called a conspiracy theory by the mainstream media and government officials, during a Senate hearing on Wednesday, David Walker, deputy assistant secretary of the Air Force for science, technology and engineering, dropped a bombshell in answer to a question asked by Lisa Murkowski in relation to the dismantling of the $300 million High Frequency Active Auroral Research Program in Gakona this summer.

All are needed in the critical battle to wake populations to what is coming, we must make every day count. Share credible data from a credible source, make your voice heard. Awareness raising efforts can be carried out from your own home computer.
DW

Must view, THE DIMMING, our most comprehensive climate engineering documentary:​

Walker said this is “not an area that we have any need for in the future” and it would not be a good use of Air Force research funds to keep HAARP going. “We’re moving on to other ways of managing the ionosphere, which the HAARP was really designed to do,” he said. “To inject energy into the ionosphere to be able to actually control it. But that work has been completed.”

Many believe HAARP was created and has been used for weather control, with enough juice to trigger hurricanes, tornadoes and earthquakes and comments such as this bring about the question of whether conspiracy theorists are more on target than anyone has admitted to date.

This is not the first time a public official has acknowledged that HAARP and weather control is not only possible, but has been and continues to be, used as a “super weapon,” as evidenced by a statement in 1997 by former U.S. Defense Secretary William Cohen, where he said “Others [terrorists] are engaging even in an eco-type of terrorism whereby they can alter the climate, set off earthquakes, volcanoes remotely through the use of electromagnetic waves… So there are plenty of ingenious minds out there that are at work finding ways in which they can wreak terror upon other nations…It’s real, and that’s the reason why we have to intensify our [counterterrorism] efforts.”

Is it still just a conspiracy theory if public officials admit it is true?

Watch the question and answer session below: This is Old Tec think how advanced they are now!!

One thought on “HAARP and weather control”