After being nudged to watch the latest season of STRANGE(nde)R Things: Welcome to CALIFORNIA, I noticed how this season synced up with the current events taking place on the planet as well as some other SATURN-related codes. Let’s take a deeper look…

Let’s backtrack to July 5, 2022, when a rumor occurred that CERN would open a PORTAL to HELL/another dimension. This PORTAL (we will return to PORTAL here shortly) syncs up with the one that opens up in ST4 that leads to the Upside-Down. The ST series centers around PORTALs, past and present TIME lines, and an otherworldly dimension.

Sadie SINK/SYNC’s character “MAX/MAXINE” (rhymes with VACCINE) must travel through it to make it back to Hawkins. She gets a little help with the Kate (GATE/PORTAL) BUSH song “Running up that Hill.”

While on the other side, she travels through what appears to be black goo.

And where have we seen the black goo before? Is this the same “black goo” (graphene oxide) rumored to be in the Covid vaccine?

It’s comprised of a stretchy/regenerative substance that can regenerate itself like “Vecna,” the character from ST4.

GEORGE W. BUSH turned 76 on July 6th.<—(Thank you, CJ), the day after the CERN portal opened (7.5). Also on 7.6, the GEORGia Guidestones of ELbert County, GEORGia were dismantled. They opened on March 22nd/322–a SKULL and BONES code. GEORGE W. BUSH syncs to Kate (GATE/PORTAL) BUSH and was a SKULL and BONES member. The sign of CAPRICORN/the GOAT rules the SKELETAL system (SKULL and BONES). GWB attended YALE which sounds like YULE, leading us back to the YULE GOAT associated with Christmas. Christmas takes place under the sign of CAPRICORN ruled by SATURN. (**We’ll return to SATURN here shortly**).

ELbert County, GEORGia syncs to ELeven/11, who has been rumored to be TRANS/inverted. STRANG(nde)ER Things is a scRAM-BULLed TRANSGENDER. Her character mimics someone who might be TRANS. (We’ll get back to that in a minute). EL is a.k.a. the god, SATURN. Below you can see “STRAW” is on her t-shirt. STRAW is a symbol of SATURN, as it represents the harvest and TIME. We find the EL in ♄ELl.

One of the characters from that same ePisode and scene is holding a STRAW and shoots a sPitball at EL.

CERN was named after CERNunnos the GOAT. In the ancient Celtic religion, CERNunnos was a god depicted with ANTLERS. “In Gaulish, the name CERNunnos is rooted in the word karnon which means “horn” or “ANTLER.”

And the July full MOON of 2022 was in the sign of CAPRICORN, the GOAT. The name of this one was the Full Buck MOON.

So, we have GEORGE BUSH, Kate (GATE/PORTAL) BUSH, and the [G]EORGia [G]uidestones. Are you following along so far?

On July 8th, 2002 (7.8), the film Thor: Love and THUNDER was released, just before we had the full MOON in CAPRICORN. S/O to Arrowsmith (@blackdogstar on twitter) for hiPping me to the film. The day before that was 7.7. When we put those two numbers together, we get the LIGHTNING symbol

, which usually accompanies THUNDER. Check out the GOATs in the movie poster below.

This syncs us to Baphomet, the SATANic GOAT that is TRANS/inverted.

The KIDS in the Hawkins National Laboratory all resemble neutral-gender or TRANS people. The rainbow is part of the decor in the facility. We know the rainbow is synonomous with the lgbTq movement.

The colors of the equality symbol (YELLOW and BLUE) are the same ones of the UKRAINE flag. This leads us to the latest film “Minions: The Rise of Gru.” The lead minion “KEVIN” (the MOON/Read my previous posts about them here, here, here, and here to see how this all syncs in) is flying a PLANE in one scene and appears to be speaking in either a RUSSIAn or UKRAINian language (I’m unsure, as I haven’t yet seen the film). He nearly crashes the PLANE, but then it lands in CALIFORNIA–one of the same settings in ST4. Part of the latest season of ST4 takes place in RUSSIA where David Harbour’s character is being held captive. David Harbour starred in “H[EL]Lboy.” In one of the ePisodes, JOYce is flying to go find him and is on a PLANE that crashes in RUSSIA. The Minions’ plane is YELLOW and BLUE and they are donning the color BLUE and are a YELLOW color. RUSSIA and UKRAINE bring us back to GEORGIA, which is somewhat of a neighboring country.

#TommyTruthful add on, Blue and Yellow=1717 in English extended Rams won super Bowl blue and yellow, Golden State wins in the NBA Yellow and Blue,  Grand Lodge was founded on 24 June 1717, St. John the Baptist's day, when four existing Lodges gathered at the Goose and Gridiron alehouse in St Paul's churchyard, London and constituted themselves as a Grand Lodge. It is this date which is often cited as the ‘founding' day of Freemasonry in its modern sense.

You Lose your soul once you take this Gene Editor Third Strand DNA! 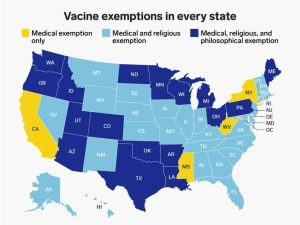 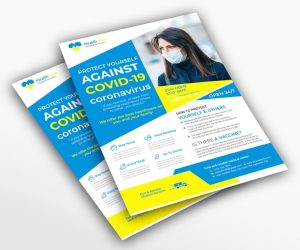 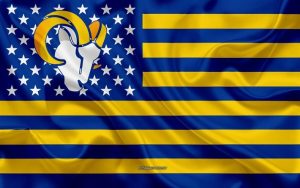 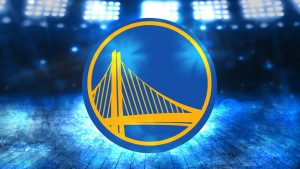 This season we meet a new character named Eddie Munson, who is the leader of the HELLFIRE Club. In one ePisode he mentions OZzy OSbourne. In that same ePisode, Dustin is wearing a thinking CAP with LIGHTNING bolts.

The POP Tart makes an appearance in the very first ePisode, and then we revisit it again in another one. POP is another name for FATHER and SATURN is a.k.a. FATHER TIME. “PAPa”/Dr. Martin Brenner is a FATHER figure to EL while she’s in the laboratory. Paul Reiser’s character (Dr. Sam Owens) displays a FATHER-like energy to EL. He starred in the 80’s TV sitcom “My Two DADs.”

Just before the POP Tart scene, Nancy mentions the number 30. As we’ve learned from one of my previous posts, 30 is the number of SATURN‘s return.

JANUS is the ancient Roman god depicted as having two faces and represents TIME, GATEs, transitions, and duality. The month of JANuary is named for JANUS, and JANuary is when the sign of the CAPRICORN GOAT is in effect. One of SATURN‘s MOONs is named after JANUS. ELeven’s real name is “JANE.”

[P]eanut [B]utter turns up in a couple of ePisodes, and we see Hopper (David Harbour’s character/HELLboy) eating it. As we have learned from one of my previous posts, PB is the atomic symbol for LEAD, which is SATURN‘s metal.

Jumping back to Covid…There’s a new Covid OmiCRON subvariant in town and it goes by the name of BA.5. BA is another name for FATHER, as we’ve learned previously here. CRON = CRONos = god of TIME/SATURN. And we know SATURN is the reaper of crops such as CORN.

Source –https://synchromiss.wordpress.com/2022/07/24/saturn-stranger-transgender/ Found out about this page threw my bro http://TruthScrambler.com, He is on Point I had to add some to the Blue and Yellow Connection ad put that video in were the connected the Red Lights to The upside down and Stranger Things.